JAMESTOWN – A weak high pressure will keep us mainly dry and a bit warmer through Monday, although an isolated shower or two remains in the forecast.

Saturday was filled with clouds and very little sun, today we should see more sunshine break out with partly cloudy skies. An isolated shower can not be ruled out. Highs in the mid to upper-50’s. 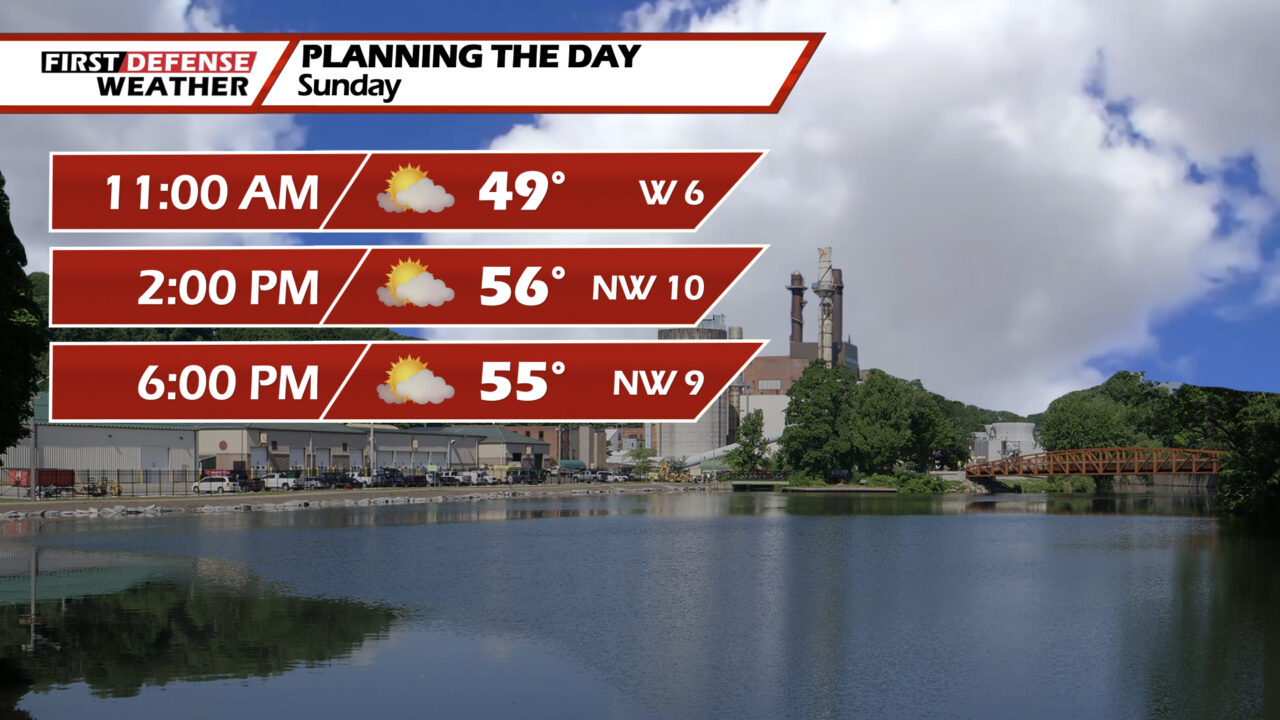 Mostly cloudy skies tonight with lows in the upper-30’s.

Monday will likely be the pick day of the week. Partly cloudy skies with highs warming into the low-60’s.

A cold front moves in on Tuesday, along with it clouds and a few showers. The cold front will stall out across the region later on Tuesday and slowly advance Tuesday night into Wednesday. Depending on the position of the front, highs on Tuesday will range anywhere from the upper-40’s behind the front to low-60’s further eastward where the front has not crossed. For Jamestown we will call for the low to mid-50’s.

Cooler air flows into the region behind the front for Wednesday and Thursday. Highs both days will hover in the upper-40’s. Showers remain in the forecast both days, with a chance for some wet snow showers mixing in.

We’ll dry things out on Friday as temperatures return to the 50’s. 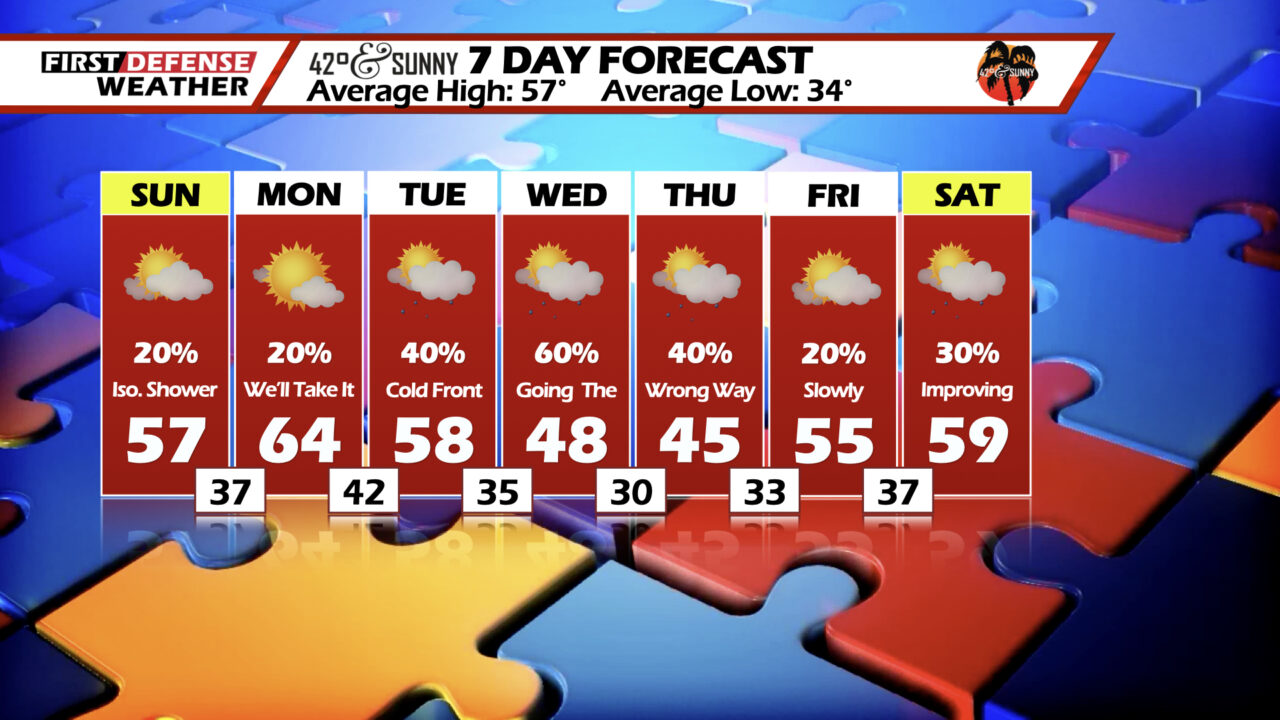