JAMESTOWN – If you enjoyed the weather on Wednesday then you will love Thursday as the sunshine continues but a threat for strong to severe storms arrives for the end of the workweek. 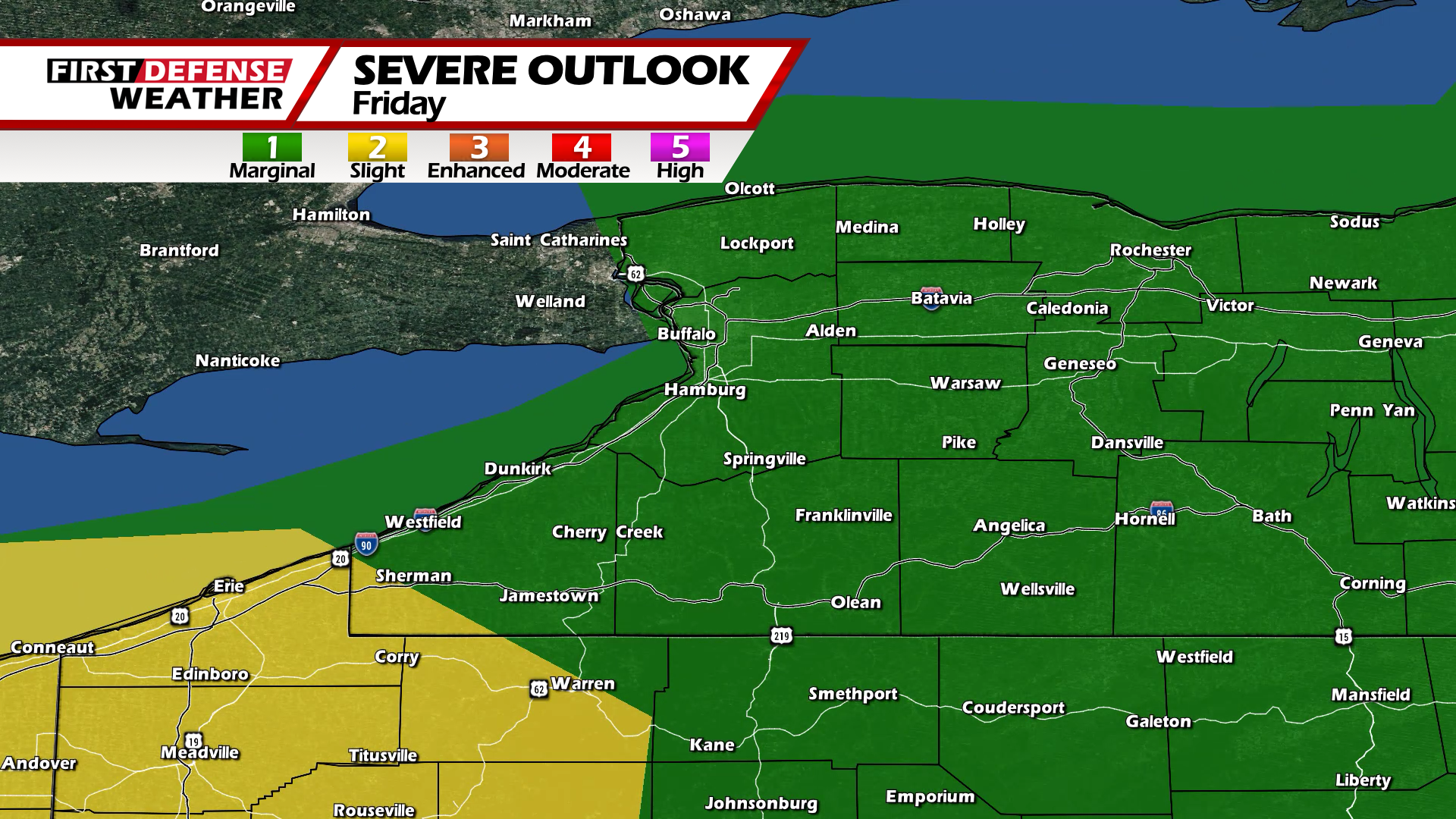 Showers and thunderstorms will arrive for the later afternoon and evening hours Friday which have the potential to produce damaging winds and maybe a touch of hail as well.

The passage of a Cold front has helped to further push cooler air into the region for the middle of the week with some nice sunshine to go around for everybody. Thursday will be a near carbon copy while becoming milder yet again. Our next storm system heads our way for Friday which may produce strong to severe storms for the later afternoon.

Partly to mainly clear overnight. Some patchy fog may be possible along the Allegheny River Valley. Limited patches of frost might develop in the deepest valleys where the colder air will settle. Much colder. Lows 38 in the valleys, 51 at the Lake Erie shoreline.

Thursday will be a fantastic weather day with mostly sunny skies. Milder. Highs 70 to 76.

As a deep storm system moves through the Ohio River Valley on Friday out ahead of a warm front, we’ll likely start dry with at least some partial sunshine for the morning and early afternoon. As the system pushes closer to the region along with projected atmospheric instability levels, that will pose a threat for those thunderstorms to pack a punch in the later afternoon. Highs 72 to 79.

A couple scattered showers and maybe a thundershower will be possible on Saturday with partial sunshine. Highs in the upper 70’s. 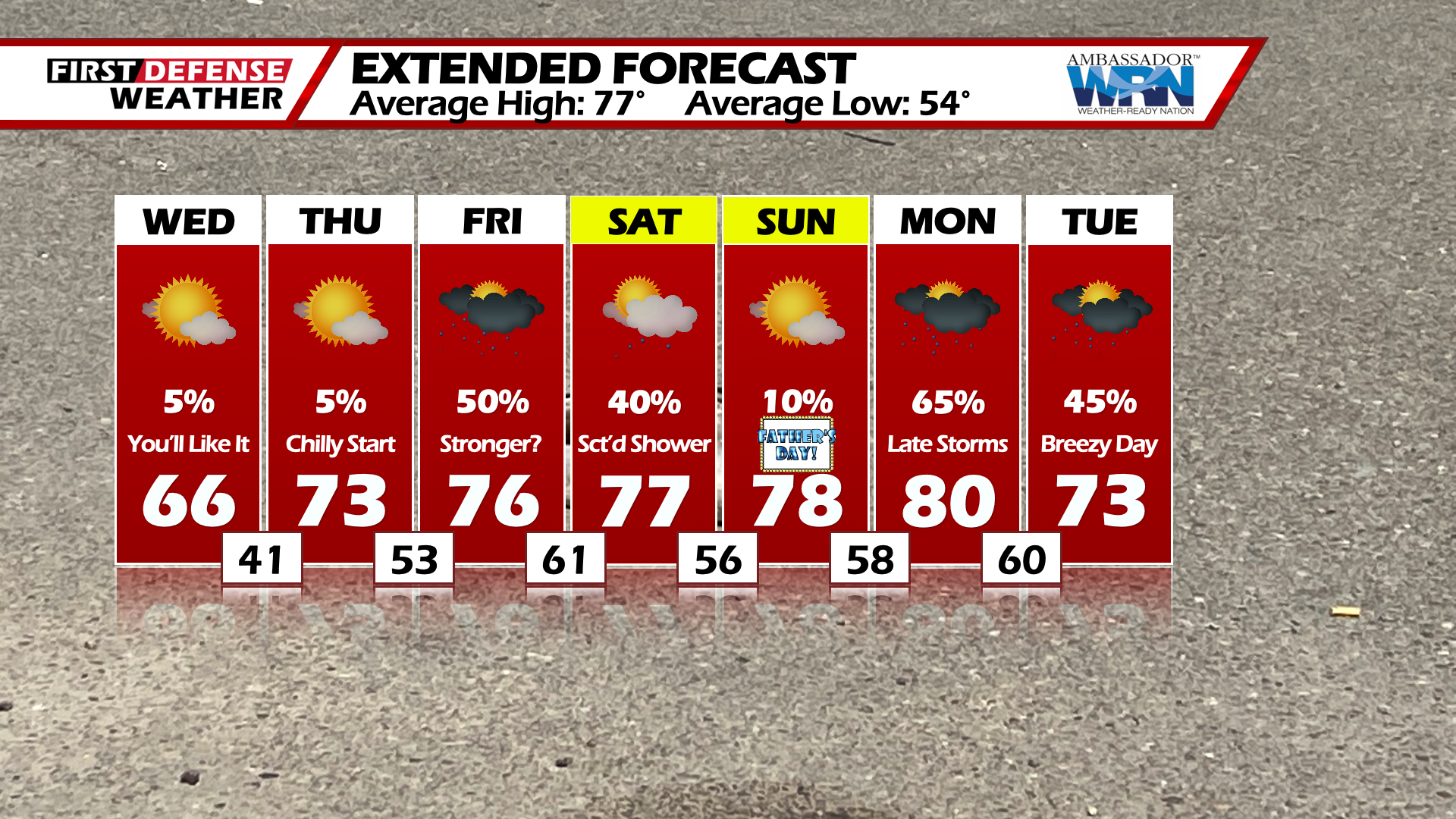 Father’s Day is looking is nice with partly to mostly sunny skies. Highs in the upper 70’s.

A storm system moving north of the region through Ontario will produce a few showers and thunderstorms on Monday, mainly in the afternoon. Highs around 80.

We’ll keep the chance for a few more showers and maybe a rumble of thunder or two in the forecast for Tuesday with highs in the lower 70’s.