JAMESTOWN – We’ll be dodging some raindrops at times this weekend as we are set to go into yet another wet pattern through the middle of next week.

A weak high pressure ridge has developed shop over the region on this Friday, which has helped to not only clear out the rain, but has given us a very nice day with a good amount of sunshine. However, as mentioned, this pattern is weak and will not hold off the next impending system which will flip the pattern once again back to rather wet one with showers and storm chances through much of next week.

Partly to mainly clear and starlit skies tonight. Some patchy and locally dense inland fog will redevelop overnight. Lows 56 in the valleys, 66 at the Lake Erie shoreline.

Much of Saturday will be useable but a few scattered showers and thunderstorms will be develop mainly in the afternoon. Partly to mostly sunny with highs 79 to 86.

There will be a better coverage of the scattered showers and storms on Sunday but not much in the way of sunshine in between. Likely staying mostly cloudy to overcast. There is also a chance a couple storms Sunday could be a bit on the stronger side with gusty winds, heavy rain, and small hail. 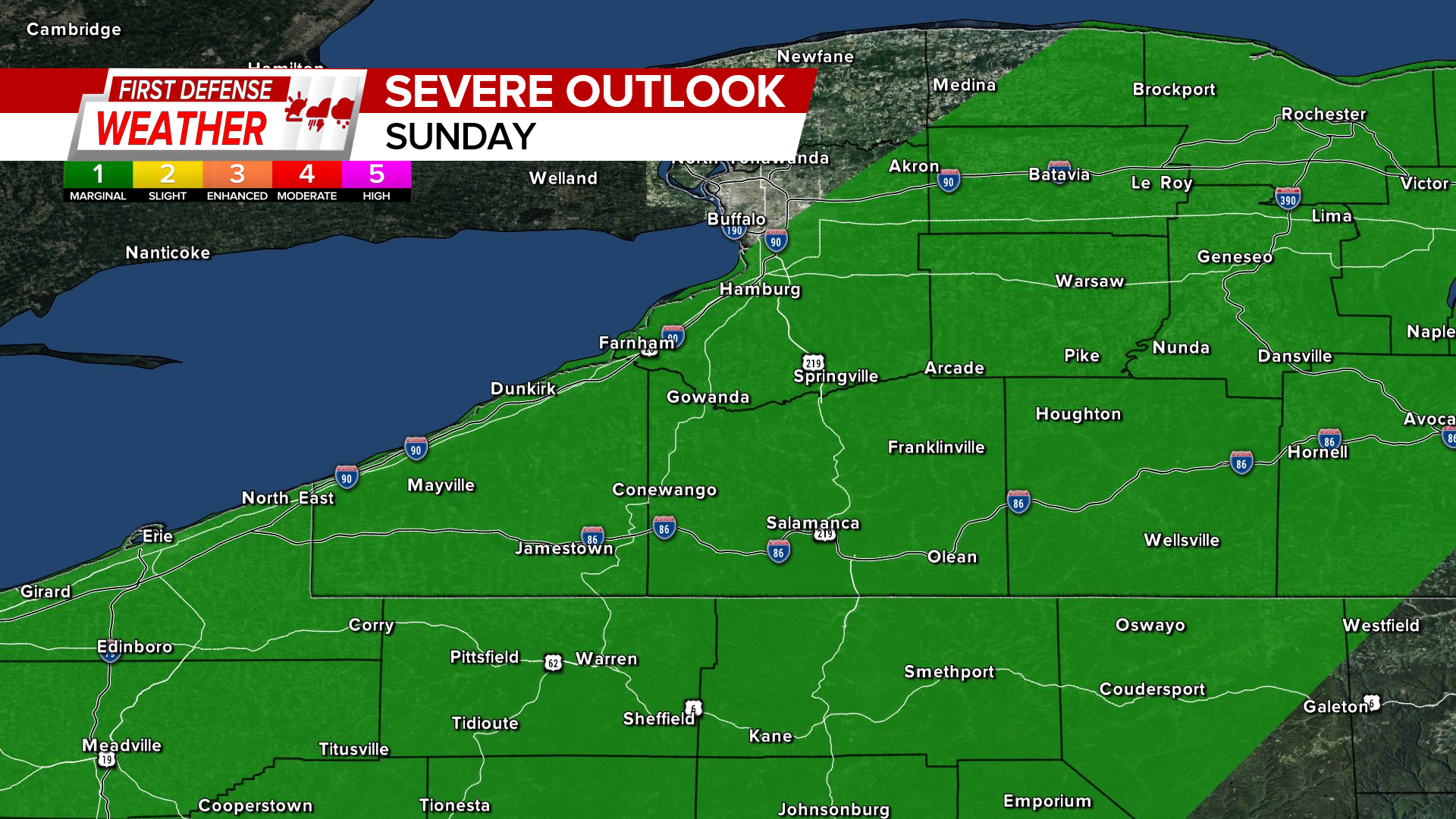 For such, the NOAA Storm Prediction Center has outlined all of the region under a low-end Marginal Risk, a level 1 out of 5, for severe. Highs 76 to 84.

Monday is still looking rather wet and unsettled with scattered showers and storms at times with mostly cloudy intervals. Highs in the mid 70s.

Tuesday will be a near rinse and repeat with scattered showers and thunderstorms and limited sun breaks. Highs in the mid 70s.

The coverage of showers comes way down for Wednesday, becoming isolated in nature. Partial sunshine with highs in the upper 70s.

A nice and dry day will be coming up on Thursday with partly to mostly sunny skies. Highs in the lower 80s. 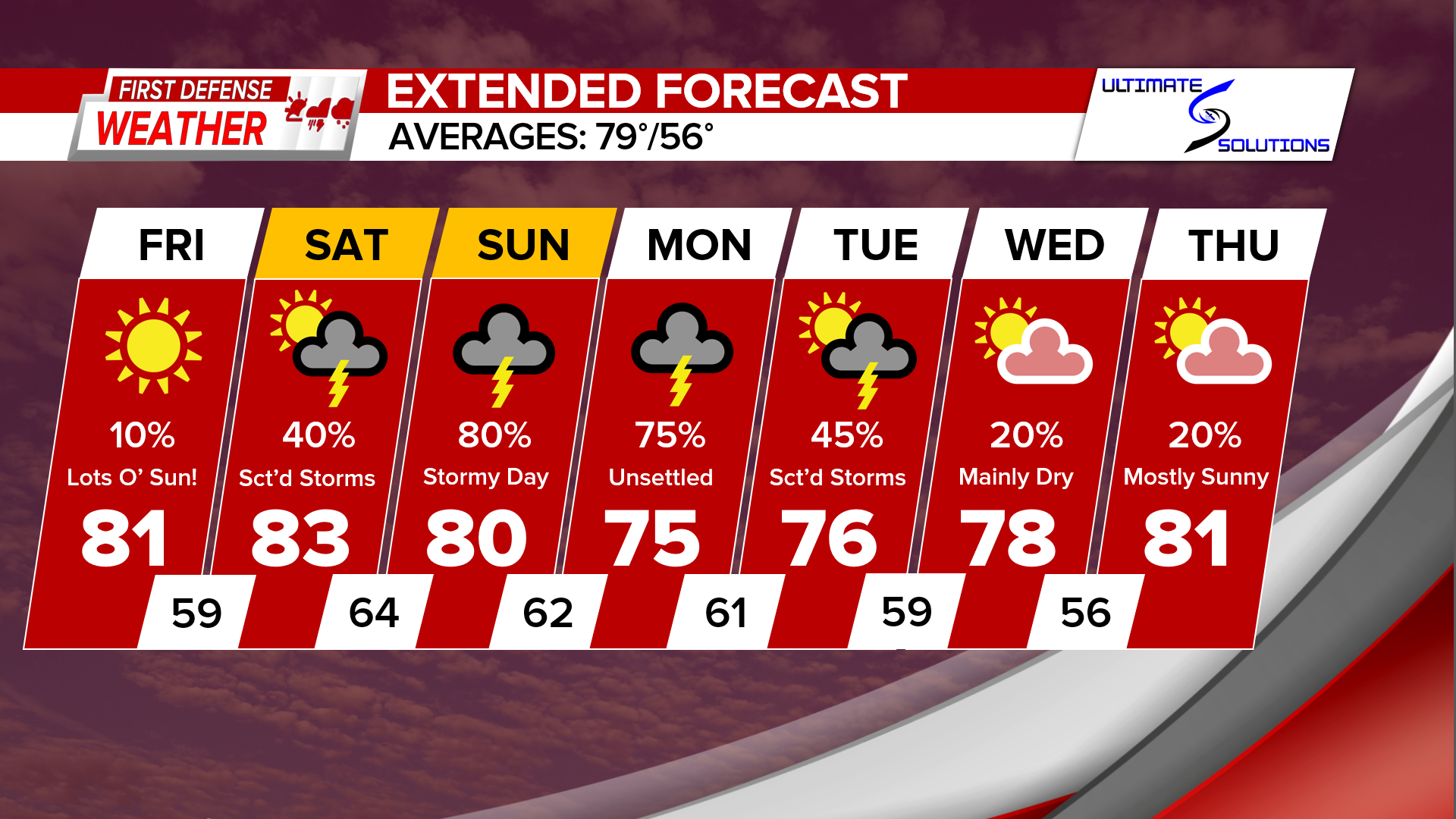