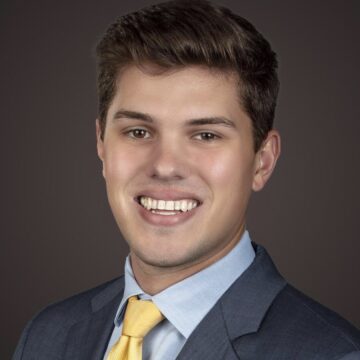 Brendan Scanland joined Lilly Broadcasting’s Harrisburg Bureau in September of 2021 and is excited to be covering the State Capitol of his home state.

Brendan is a Scranton, PA native and received his undergraduate degree in Political Science from Syracuse University’s Maxwell School of Citizenship and Public Affairs in 2019. During his time at Syracuse, Brendan worked on congressional and mayoral campaigns. He also covered the 2018 elections for WAER Radio.

Brendan spent his college summers in Washington, D.C. where he interned in government relations. After graduating in 2019, Brendan lived and worked in D.C. for a trade association as the Government Relations Manager. After about a year, he decided to return to Syracuse for a Master’s degree in Broadcast Journalism from the S.I. Newhouse School of Public Communications. He spent the summer of 2021 reporting on the federal government in Washington, D.C. for his capstone program and is excited to now be reporting on state government for north-central PA.

Brendan is an avid golfer and loves fishing, kayaking, and bird watching. When he’s not covering the Capitol, he’s most likely outdoors, traveling, or cheering on the Syracuse Orange and the Baltimore Ravens.

If you have a story idea or would like to say hi, you can email Brendan at bscanland@lillybroadcasting.com.