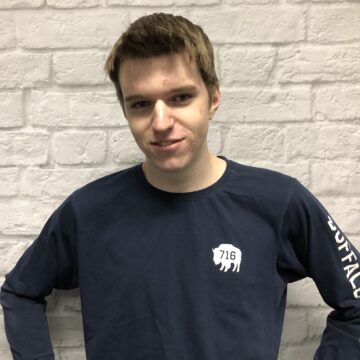 Jackson Hickey is a Multimedia Journalist at WNY News Now. Born in Buffalo and raised in Fredonia, his media journey started very early on, watching the evening news every night with his family for as long as he can remember.

Jackson has worked at several public media outlets in Northern Chautauqua County, gaining invaluable experience broadcasting high school athletics, government meetings, and local events. He has also had an interest in Meteorology for well over a decade.

Jackson attends Fredonia High School, where he spends much of his time on the school’s productions as the sound designer. His passion for the future of Western New York drives him to bring meaningful, high-quality content to the community.

Send Jackson an email at jackson.hickey@WNYNewsNow.com.