JAMESTOWN – Jamestown’s Mayor is calling the theft of a statue honoring the city’s Underground Railroad history a hate crime.

Mayor Eddie Sundquist tells WNY News Now he feels the would-be thieves who stole the more than 500-pound copper statue over the weekend, did not realize the significance of their act.

“This is for all intents and purposes a hate crime and we need to be clear about that,” said Sundquist. “We are asking for the public to help us, come forward with tips and information, so we can put this statue back, back in its rightful place, back in the memorial that is meant to signify the struggle that has occurred over decades.”

Jamestown Police say a witness spotted what is believed to be the stolen statue in the back of an older model pick-up truck on Saturday.

The witness told detectives they observed the figure in the back of the truck, which has a wooden tailgate installed.

That pickup, Police Captain Robert Samuelson says, was observed Saturday between noon and 3 p.m. driving on Washington Street headed north towards Fluvanna Avenue from the area of W. 6 and Washington Streets.

“We were told it is 500 to 600 pounds, which obviously it is more than one person could handle, so our belief it is at least two people, if not more” said Samuelson. “And with that it would probably take some sort of pickup truck or a truck you can put it into.” 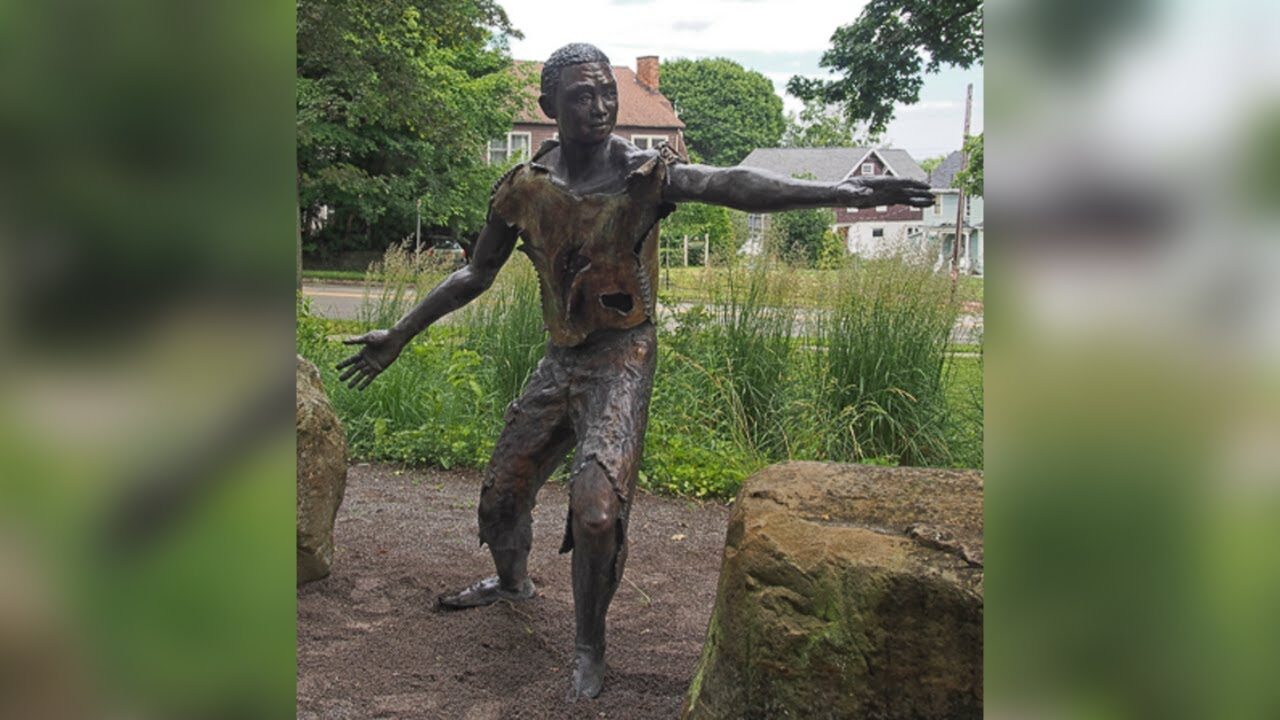 As for why the statue was stolen, the Captain points to its projected $2,000 value.

“One theory is that this was taken for scrap,” furthered Samuelson. “That’s probably what occurred, we do not know that for sure yet, but this piece was worth quite a bit of money for scrap metal in copper.”

He says the thieves likely talked about the crime to others in the community. He is hoping that the increased media attention will draw tips that could lead to an arrest.

However, Mayor Sundquist explains if they come forward now, the offenders could face lesser penalties.

“Now is the time for you to understand how important something like that is to the community, a representation of our history, we want to make sure it gets returned,” furthered Sundqusit. “At this point we say no questions asked, put it on the side of the street, let us know that it’s there so we can make sure it gets placed back properly where it deserves to be.”

The sculpture, which was brought out of winter storage last Thursday and re-installed at the park, was first reported missing on Monday morning.