FREWSBURG – HAZMAT crews are working to determine what cleaning solution sparked a fire at a Frewsburg church Tuesday afternoon.

Crews were called to Our Lady Of Victory Catholic Church on Institute Street in Frewsburg shortly before 3 p.m. Tuesday afternoon in response to a fire alarm at the church. Upon arriving, crews found flames in the basement of a side building of the church along with a strong chemical odor. 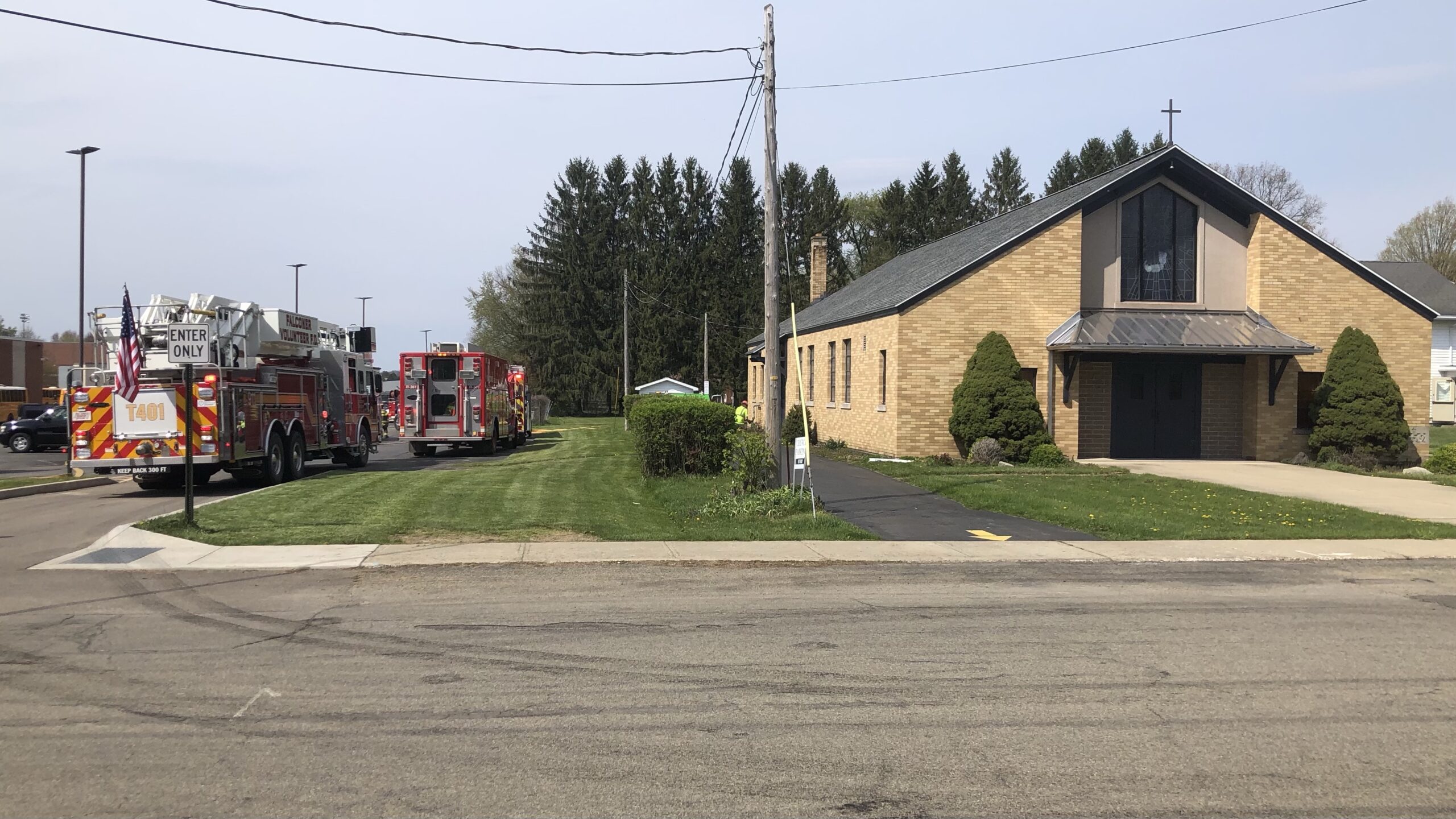 Multiple fire agencies responded to the call including Kiantone, Falconer, and Lakewood..

WNY News Now will continue to follow this story for updates.