LAKEWOOD – A new bargain outlet retail store opened at the Chautauqua Mall in Lakewood on Thursday.

Ollie’s Bargain Outlet, who announced they planned to open a new location at the former Office Max earlier this year, cut the ribbon this morning.

The process of building the store took months of work including building the fixtures, getting stock, and the hiring process which included 60 to 70 people.

“We are very excited to be in Jamestown. The last 35 to40 days I’ve been coming down two-three times a week,” explained district manager Andrew Erie. “I’m going to the restaurants they’re asking when we’re showing up, people knocking on the windows, when are you opening so we’re very excited.”

One of America’s largest retailers of closeout merchandise and excess inventory, the retailer offers name-brand merchandise at up to 70 percent off including food, cleaning supplies, personal care items, hardware, floor coverings, books and more. 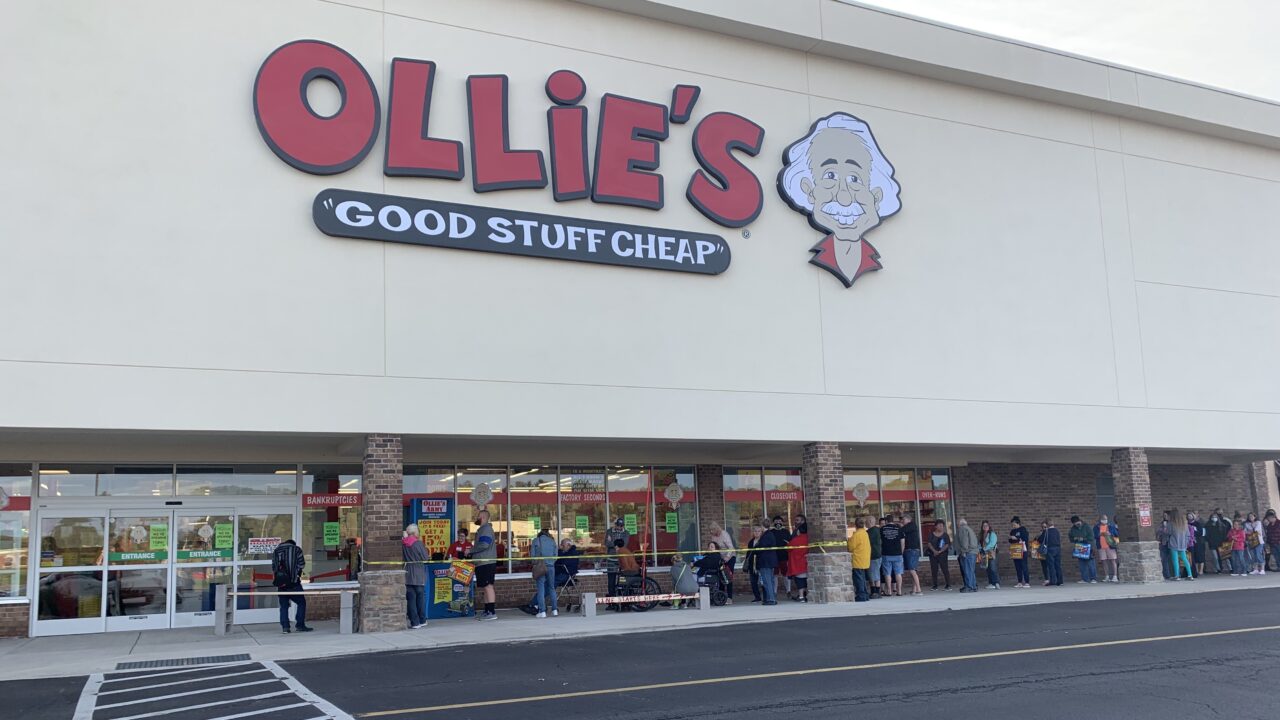 The brand already has two locations locally, one at the D&F Plaza in Dunkirk and another in the Warren Mall in Warren Pennsylvania.

“We have some people lining up already, I got here about 6:30 and there was people camping out so that’s a great thing,” said Erie. “We know the customer base here, people have been shopping at our stores in Erie, Dunkirk, and Warren for years.”

Erie believes that this opening is a start to more retail business coming to the Jamestown area.

In total, the outlet planned to open 50 new stores across both existing and new markets nationwide this year.