JAMESTOWN – Three people were arrested and charged in connection with a shooting in Downtown Jamestown on Tuesday afternoon.

Jamestown Police were called to the area of West 6th Street at Jefferson Street around 2:07 p.m. Tuesday afternoon. Police say it was reported that suspects in two separate vehicles exchanged gunfire before driving off in separate directions.

One of the vehicles was later located at an address on Summit Avenue in Jamestown, and police report was found to have a bullet hole in its hood. The investigation led to a vehicle stop on Pershing Avenue at Baker Street at about 3 p.m. where a passenger in the vehicle fled the stop on foot and was not apprehended.

Three other suspects remained in the vehicle. Two loaded pistols were also recovered inside. Allen Jackson and Arkeil Gaskin were taken into custody and charged with criminal possession of a weapon. 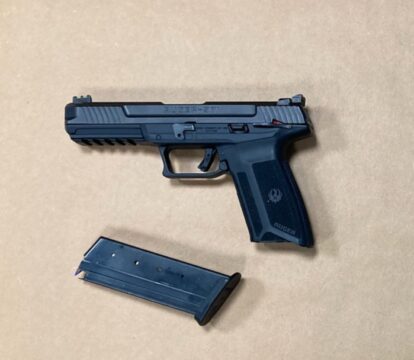 Police said both are being held pending arraignment. Officers did also locate a third pistol on Norton Avenue, which is believed to have been discarded by the suspect who fled the stop.

Later in the day, Jamestown Police received a citizen tip of a suspect matching the description running through back yards in the area.

Officers located a loaded handgun in the yard where the suspect was observed. The NYSP K9 Unit then tracked him to a residence on Summit Avenue where he was hiding in a garage.

The suspect – Joel J. Coleman, 21, of Buffalo NY, was taken into custody and is being charged with Criminal Possession of a Weapon 2nd and criminal possession of Controlled substance as he was found to allegedly also possess, cash, and suspected cocaine and heroin / fentanyl.

Jamestown Police are being assisted by the FBI and the NYSP K-9 Unit.