JAMESTOWN – No one was hurt in a rollover vehicle crash that closed part of West 5th Street in Jamestown on Friday afternoon.

Police say the force of the crash caused the truck to flip on its side. 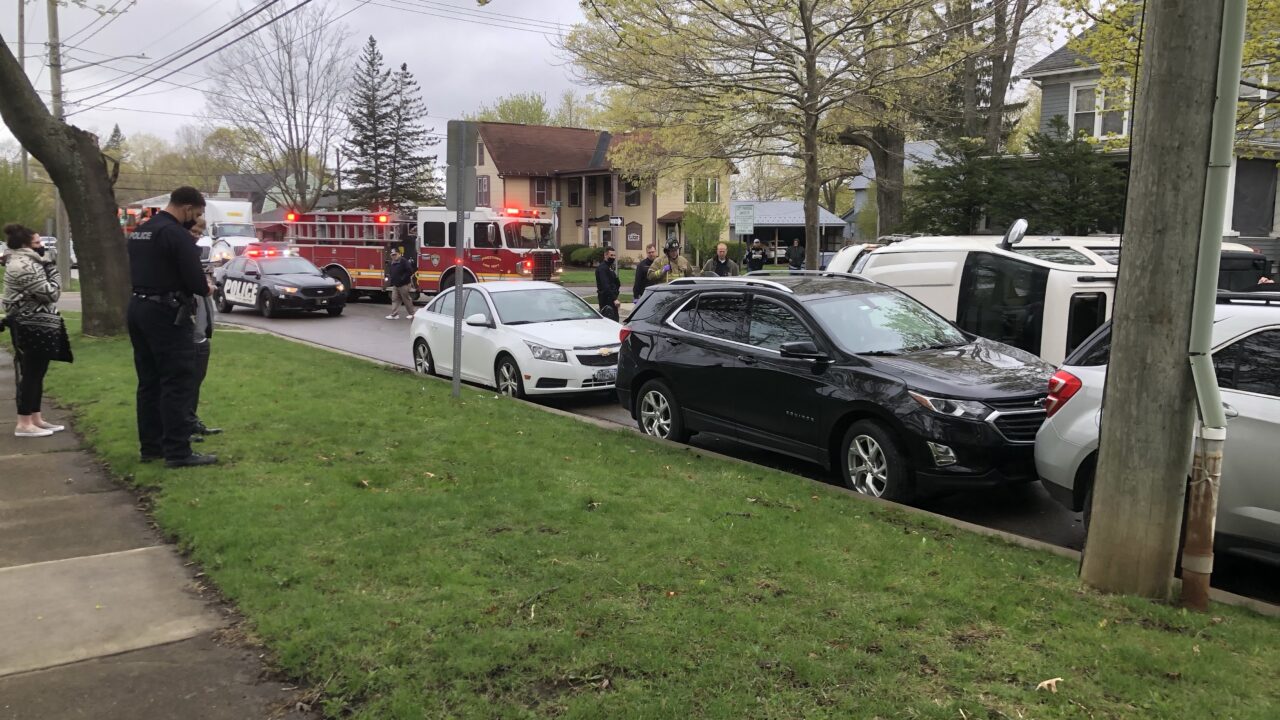 The driver of the pickup, officers report, was able to exit his vehicle before emergency crews arrived.

The crash then triggered a chain reaction forcing the parked car into the vehicle ahead of it.

In total, police say four vehicles were damaged as a result of the crash.

Traffic was closed on West 5th between Clinton and Jefferson Streets as crews worked to clear the scene. 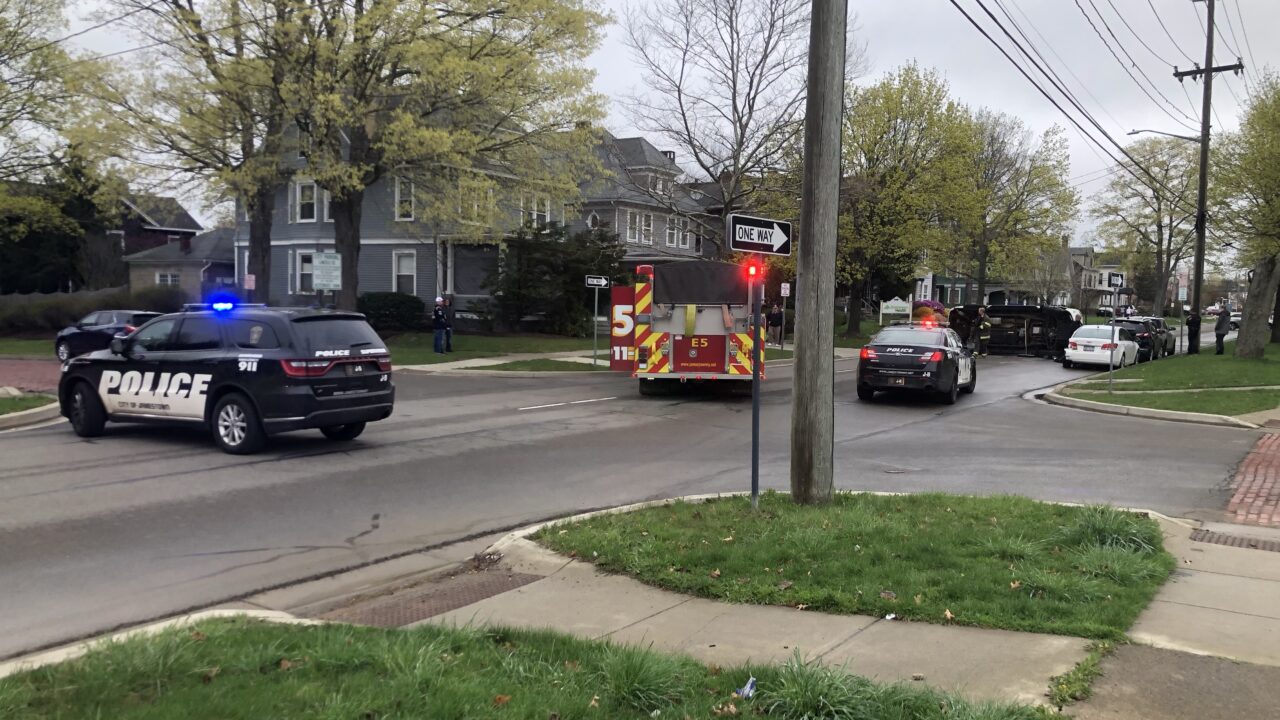 Officers say they are still trying to determine what caused the crash but say speed was likely not a factor.