FALCONER – A truck full of booze overturned while rounding a curve near Falconer early Tuesday morning.

No injuries were reported as a result, however over 2,000 pounds of alcohol was left in the back of the truck making cleanup difficult. Specifically, the Chief is concerned with firefighter safety.

“It is very dangerous, and it is not our responsibility to unload the semi-truck, it is up to the trucking company to unload it, the sides are very slippery, it’s not made to be walked on, our fire boots make it very slippery, I’m not going to have anybody in there fall down and get injured,” explained Bean.

He says it could take several hours for the kegs to be removed from the truck by hand. While that work is underway, the intersection will remain closed. The Falconer Volunteer Fire Department also responded. 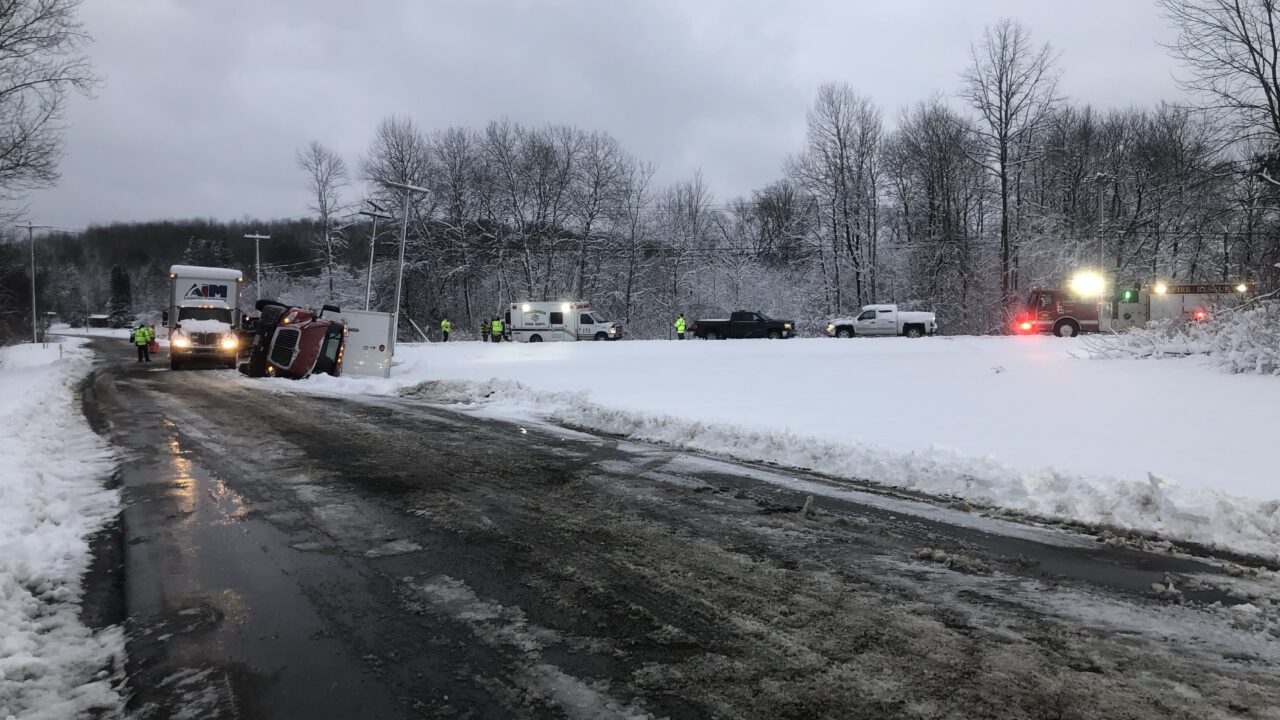