NORTH EAST, Pa. (Erie News Now) – North East Police Department on Monday released a photo of the suspect and vehicle in the robbery of a credit union.

It was reported Thursday just before 11:30 a.m. at the Widget Financial at 5 Grant St. in North East Borough.

The suspect went into the credit union and passed a note to the teller, which said he was armed and demanded all the money, according to police.

The teller turned over money, and the suspect took off on foot, heading southeast, police said.

Officers searched the area but were not able to locate the suspect.

Police said they believe the vehicle involved is a blue, 2018-2020 Chevrolet Equinox with tinted windows. 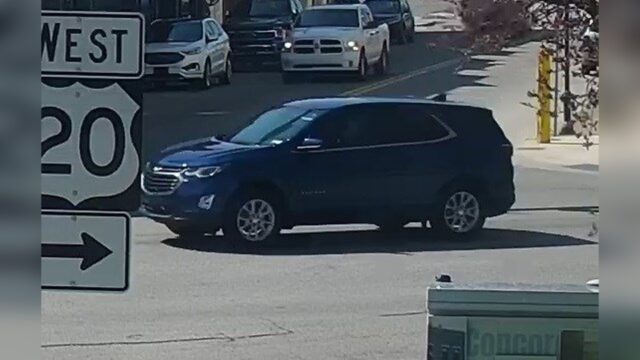 Anyone with information is asked to call North East Police Department at 814-725-4407.