PORTLAND – An up to $7,500 reward is being offered for information in the murder of a Buffalo woman who was found deceased in Chautauqua County earlier this year.

Crimes Stoppers WNY announced the reward for info that leads to the arrest or indictment of those responsible for the death of Marquita Mull.

Mull’s body was discovered along a hiking trail in the Town of Portland back in September.

The Chautauqua County Sheriff’s Office says her remains were found next to another set, which have not yet been identified.

Police in Buffalo said Mull was last seen in June in the Broadway-Fillmore area. 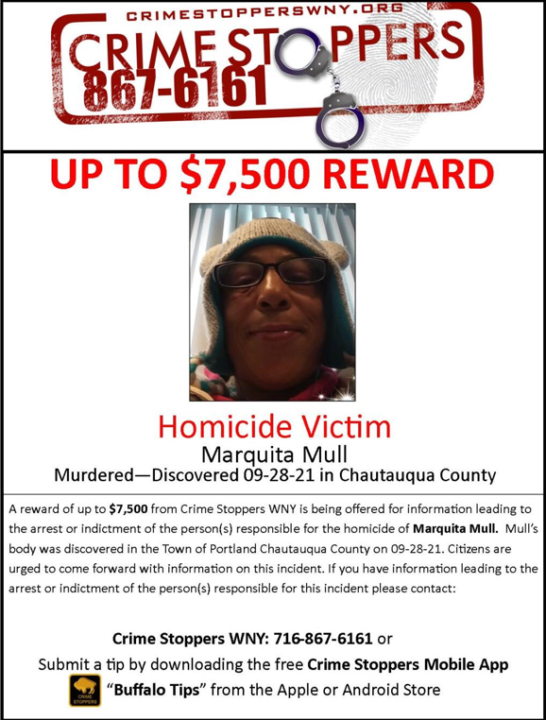