JAMESTOWN – The Chautauqua County Sheriff’s Office says the missing 13-year-old girl who was believed to be in the Jamestown area has been found safe.

The law enforcement agency announced the news in a post on social media Friday afternoon.

Westfield resident Gracie Vanlandingham was previously last seen on Wednesday at 6 p.m. in the City of Jamestown.

It is not clear what specifically led up to her disappearance.

JAMESTOWN – The Chautauqua County Sheriff’s Office and Child Protective Services are asking for help in locating a missing 13-year-old girl.

Officials say Gracie Vanlandingham from the Village of Westfield was last seen on Wednesday at 6 p.m. in the City of Jamestown.

Vanlandingham was last seen wearing white jeans with holes in them, white sandals, and possibly carrying a backpack.

Vanlandingham is described as a white female, light brown hair, 5’05” tall. She is believed to still be in the Jamestown area and is not believed to be in imminent danger. 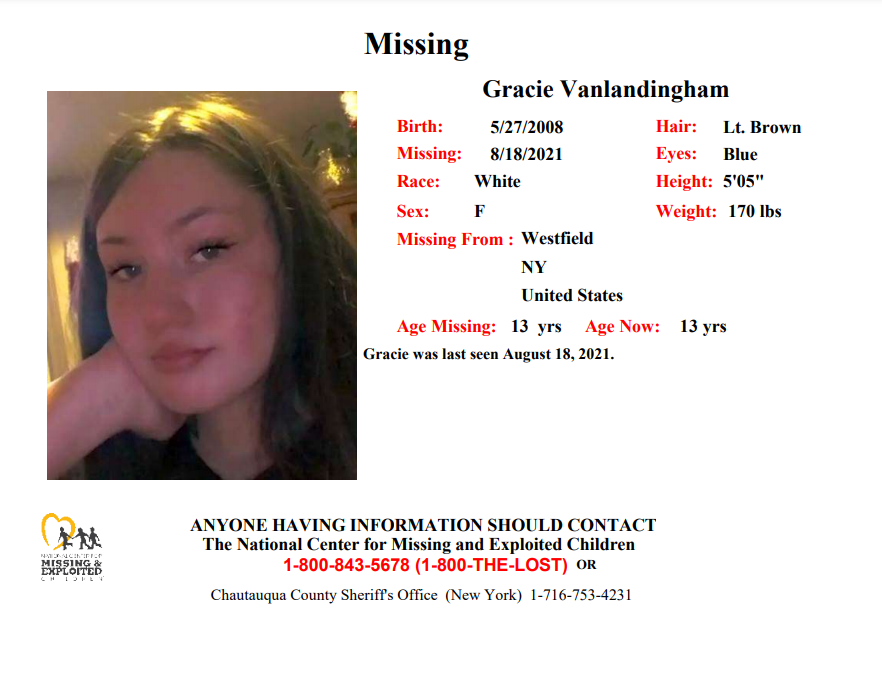