JAMESTOWN – A wanted Ohio man is in police custody following a vehicle pursuit that nearly injured a Jamestown Police Officer over the 4th of July weekend.

Officers attempted to stop Gregory Hawkins during a “suspicious vehicle check” on the city’s eastside around 5 p.m. Saturday.

Hawkins, officers report, allegedly fled the scene, nearly striking a patrolman. He was later arrested on the 4th of July.

In addition to a slew of weapons and assault charges out of Ohio, Hawkins now also faces drug charges after police said they found a large quantity of meth and fentanyl allegedly in his possession.

He was taken to Jamestown City Jail awaiting arraignment and extradition. 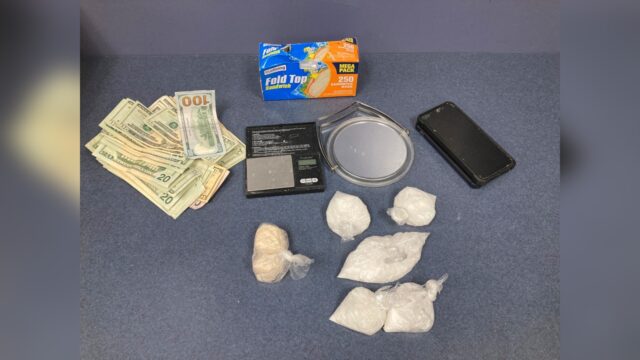